Everything You Need to Know About Touring Scotland

There are so many different ways to experience the magic of Scotland, but whatever option you go with, one thing’s for sure – a Scotland tour really is the trip of a lifetime. This beautiful country offers soaring peaks and green glens, metropolitan cities awash with culture, fascinating history and fresh local produce.

All of this is contained within a compact land area with a population of only around five million people. This means getting from A to B shouldn’t, in theory, be too difficult – but Scotland’s rural Highlands, islands and southern reaches are full of remote, hard-to-access areas that can make things tricky for visitors.

That’s why the most straightforward way of exploring the country is by booking an organized tour that will take all the stress out of itinerary planning and travel organization. You can find a fantastic selection of ready-made options over on our Scotland tours page, or get in touch with us to start planning a fully customized Scotland tour.

However, if you’d prefer to take part or all of your Scottish adventure into your hands, we do have some handy tips to keep in mind. Read on for answers to some of the most commonly asked questions about the practicalities of touring Scotland.

How best to tour Scotland on your own?

The answer to this really depends on how many days you have and what your priorities are. If you have a good amount of time, don’t mind slow travel and only want to visit areas close to major cities, you won’t need a car. You could fly into Glasgow and get the train east to Edinburgh, then north up the coast to Aberdeen. From there, you could catch another train west to Inverness.

However, trains don’t cover a lot of the northern parts of the country. Many towns and villages have no train line, and buses outside the main cities often run a very sparse service – especially in the Highlands and islands. So, if it’s that famous Scottish countryside that’s the draw for you, we strongly recommend hiring a car.

How to tour Scotland by car?

When you have a car in Scotland you have real freedom to explore. You can start anywhere you like – though most people will probably begin in Edinburgh or Glasgow, since they have the largest airports. From there, you could head north to drive the spectacular North Coast 500, an epic drive that stretches over 500 miles along the north coast of Scotland and takes in some of the county’s most breath-taking scenery.

A car also makes it easier to explore Scotland’s islands, where public transport is often limited to a few buses a day. The islands can all be reached by car ferry or, in the case of Skye, by bridge.

How to tour Scotland by train?

Scotland is home to some truly incredible railway lines. The most famous is the West Highland Line, which takes you on a picturesque journey through the Highlands and over Glenfinnan Viaduct, which features in the Harry Potter films. Between late April and late October, you can experience the line in style by riding the Jacobite Steam train, a vintage train that departs from Fort William.

Other scenic train routes to consider include the Far North Line, the most remote railway line in the United Kingdom, which runs from Thurso to Wick; and the Borders Railway, which runs from Edinburgh into the beautiful south of Scotland.

For a train journey that will stay with you forever, we recommend our Scotland Whisky Trail by Luxury Train and Taste of Edinburgh tour.

How long does it take to tour Scotland?

This really depends on how much you want to do and how you’ll be getting around. Ideally, give yourself at least two days to explore Edinburgh and/or Glasgow. If you stay based in one of these cities there are many different day trips you can add on without having to find new accommodation.

If you do want to stay in the Highlands, islands or Borders, you can expect to spend around a day getting to your destination and another getting back.

If you’re depending entirely on public transport rather than an escorted tour or a rental car, you’ll need to factor in some extra time for getting around.

When is the best time to tour Scotland?

Scotland is gorgeous in any season, but winter can present transport issues, especially in the more remote parts of the country. Spring is generally your best bet for dry, sunny weather and small crowds, though summer and early autumn also have plenty of charm.

There are so many different ways to tour Scotland, but the most practical, varied and fulfilling trips generally involve a blend of car, train and ferry travel. However, for the most efficient, enlightening and low-stress experience, an escorted tour really is the best option. Get in touch to start organizing a tailor-made Scotland tour just for you. 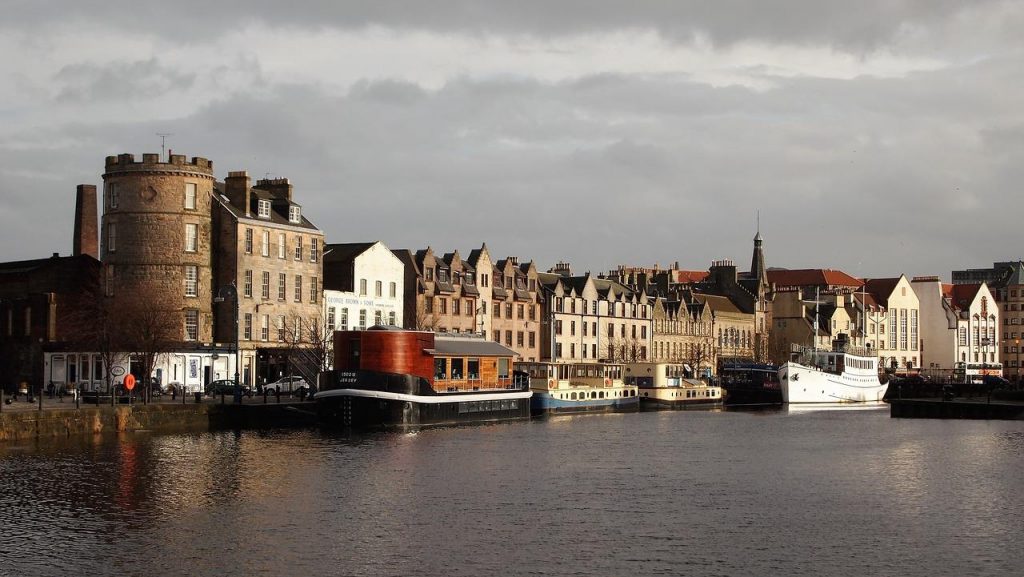