Why Visit The Scottish Highlands?

Why would you want to visit the Scottish Highlands? It’s actually not that simple a question to answer, because the list of reasons is just so long! If you’ve been dreaming of visiting Scotland, there’s a good chance the landscapes that feature in that dream are all lifted straight from the Highlands. Looming mountains covered in yellow gorse, purple heather or soaring evergreen trees; lush valleys where deer and sheep graze side by side; ruined castles perched on the edge of picturesque lochs; big, moody skies where sunlight can break through at a moment’s notice and bathe the rolling hills below in golden light… all of these features are characteristic of the Highlands.

This is the most sparsely populated part of the country, where it’s possible to go days (or even weeks, if you really want to) without laying eyes on another soul. But where there are towns and villages, the communities are close-knit, centuries-old customs are still observed, and the residents often have bonds going back generations.

Still wondering if the Scottish Highlands are for you? Let’s take a closer look!

Where are the Scottish Highlands?

The Scottish Highlands take in the northwest and very north of the country, as well as the multiple archipelagos off the country’s west coast and the Orkney and Shetland Islands off the northern tip. Although the Highlands cover a large portion of Scotland’s landmass, the country’s population is largely concentrated in the Lowland areas, particularly across the Central Belt, which contains the major cities of Edinburgh and Glasgow. The towns in the Highlands are fairly compact, and hamlets consisting of just a few houses are very common. The only city in the region is Inverness, but even this has a population of only around 47,000 people.

How to visit the Scottish Highlands?

Some towns in the Highlands can be accessed by train from major cities, and once you have a base, you’ll be able to use local bus services to get to smaller villages. The islands can be reached by ferry, or, in the case of Skye, by bridge. However, do keep in mind that public transport infrastructure in the Highlands is basic and buses and trains can be very irregular. For this reason, the ideal situation is either having access to a car or joining an escorted tour.

What should you see when you visit the Scottish Highlands?

There are so many iconic sights in the Highlands that this blog post would stretch on forever if we tried to fit them all in! Some people think riding the Jacobite Steam Train across the famous Glenfinnan Viaduct (which you’re sure to recognise from the Harry Potter films) is the ultimate must-do. For others, a trip to the summit of the UK’s highest mountain, Ben Nevis, is non-negotiable – and if you don’t want to walk, there’s a cable car that will do the work for you. Looking out for golden eagles in the vast wilderness of the Cairngorms National Park will be a highlight for every wildlife lover, while a completely different type of natural beauty awaits on the shores of the white-sand beaches of remote islands like the Outer Hebrides. In between seeing the sights, have a rest in cosy pubs, acclaimed restaurants with menus built around local produce, and irresistible distilleries.

When is the best time of year to visit the Scottish Highlands?

The Highlands are gorgeous to look at all year round, with the character of the landscape changing drastically with the seasons. However, while the snow and ice of winter might bring ideal conditions for photography, this time of year isn’t ideal if you’re planning on doing lots of driving, as the roads can become impassable. If you’re coming in winter, book onto a tour, where your transport will be taken care of by experts who know the country well.

Spring through autumn brings better conditions for travel, with spring in particular offering a good helping of sunshine with fewer rain showers than in other seasons. During spring, you’ll also get to see plenty of adorable lambs, calves and possibly even baby deer, rabbits and seals.

Your adventure in the Highlands could be just a few clicks away! Take a look at our fantastic range of Scotland tours, all of which feature stops in the beautiful Highlands. Or for a totally unique experience, get in touch with us to start building your fully personalised tour of the Scottish Highlands. 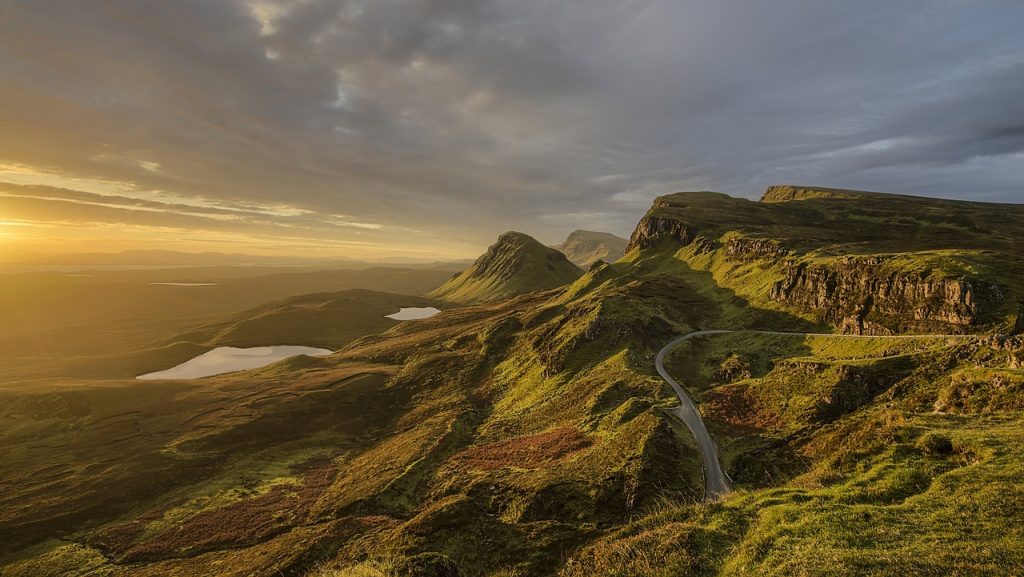