People of all ages love Harry Potter. What began as a humble collection of kids’ books has become the best-selling book series of all time and has been adapted into some of the highest-grossing films of all time.

All of this success has led to quite a few Harry Potter-themed attractions around the world, too. There are the created attractions like Harry Potter World in London and The Wizarding World of Harry Potter in Florida. But we’d like to make a case for why Scotland is, by far, the best place for Harry Potter fans to visit.

In fact, there are tonnes of Scotland TV and film locations to visit, with Harry Potter being only one of many such draws for fans. Without further ado, here are 10 locations in Scotland Harry Potter fans must visit!

1. Hogwarts in the Scottish Highlands

In the Harry Potter books, Hogwarts is set in the Scottish Highlands, which is one of the main reasons why there are so many Scottish locations in the films.

If you see a beautiful vista in one of the films, with rolling hills or jagged mountains, chances are it’s in the Scottish Highlands. Loch Arkaig, Clachaig Gully, and Glencoe all served as filming locations for the Harry Potter movies.

There are extraordinary hiking trails in the Highlands, as well as scenic drives and jaw-dropping viewpoints. Keep an eye out for Hogwarts wherever you go! It’s supposed to have a secret protective barrier around it to keep it hidden from muggles, but you never know…

We have a pre-packaged Scottish Highlands tour if you’re keen on seeing this epic scenery, but we can also adapt any of our tour itineraries to include a trip to the Highlands. 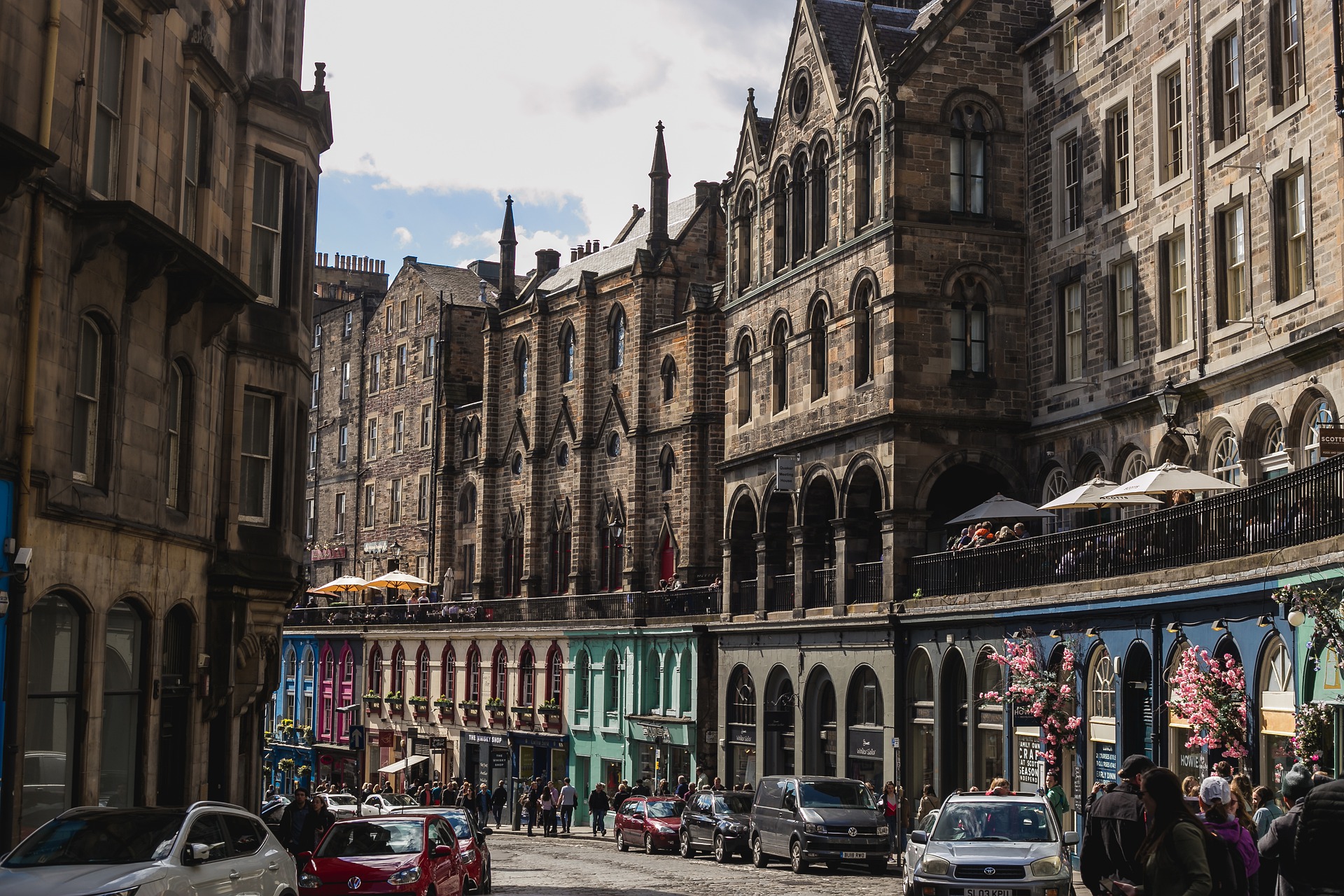 While York claims that its street ‘The Shambles’ was the inspiration for Harry Potter and London’s Leadenhall Market provided the exterior shots for the film, Edinburgh has a solid claim for the real Diagon Alley.

Victoria Street has a multicoloured mixture of storefronts selling all kinds of wares. While the street’s unique curving shape isn’t quite diagonal, it’s certainly not straight either!

There is actually a Diagon Alley plaque on Candlemaker’s Row, an alley just off Victoria Street. Whether true or not, it’s easy to see why this Edinburgh road is popular with Harry Potter fans!

3. The Glenfinnan Viaduct for the Harry Potter Train

The Glenfinnan Viaduct is a beautiful railway viaduct on the West Highland Line that any self-respecting Harry Potter fans are guaranteed to recognise.

It is the set of one the most iconic shots in all of the movies, as the Hogwarts Express in Chamber of Secrets is making its way to the school and Ron and Harry are flying overhead in Arthur Weasley’s flying Ford Anglia.

But that’s not all: the Glenfinnan Viaduct was also where the train stopped in Prisoner of Azkaban when the dementors searched for Sirius Black.

For Harry Potter fans and history fans alike, the Jacobite Express (the real name for the “Harry Potter train”) is a view worthy of a photo op.

Timing your visit to see the train crossing the viaduct is easy enough, especially when you have a local expert guiding your journey through the Highlands and beyond!

If you’re visiting with the whole family, take a look at our suggestion for the best itinerary for touring Scotland with kids to see how you could fit in a sighting of the Hogwarts Express!

J. K. Rowling has been very open about how much inspiration she has taken from her adopted city (Edinburgh). Some of that inspiration has come from Greyfriars Kirkyard — a hauntingly beautiful old graveyard close to The Elephant House Café (more on that Harry Potter location later).

Authors often cite gravestones as a great resource for choosing characters’ names. Rowling claims to have found the name for her greatest villain in Greyfriars Kirkyard.

Take a visit to the graveyard and look for Tom Riddle’s grave, but be prepared for a slightly different spelling: Thomas Riddell Esquire.

There is also a gravestone with ‘William McGonagall’ on it. Perhaps this was the inspiration for Hogwarts’ great transfiguration professor?

You won’t be alone in your Harry Potter fan search here; there are frequent tour groups and Potterheads marking fairly clear paths to the most prominent names in the graveyard.

5. Give J.K. Rowling a High-Five at Edinburgh City Chambers

The Edinburgh City Chambers, on the Royal Mile, is an impressive building in its own right. But it might be especially appealing to Harry Potter fans keen to see its tribute to J. K. Rowling.

Edinburgh gives the ‘Edinburgh Award’ to outstanding residents of the city and J. K. Rowling certainly matches that description! Rowling won the award in 2008 and an impression of her hands has been immortalised in bronze in the City Chambers courtyard.

This is definitely a Scotland destination for Harry Potter fans to catch a glimpse of the hands that created your favourite fictional world! Go ahead and give her handprints a high-five to thank her for these stories.

6. The Final Harry Potter Chapter: The Balmoral Hotel in Edinburgh

The Balmoral Hotel is a really swanky establishment on Edinburgh’s gorgeous Princes Street, and it’s worth visiting if you want your stay in Edinburgh to be particularly extravagant!

However, it has a special attraction for Harry Potter fans. This was where J. K. Rowling stayed while she was writing The Deathly Hallows, the final book in the Harry Potter series.

Rowling apparently stayed in the hotel to get away from any day-to-day distractions while she finished her series. The room she stayed in is now called The J. K. Rowling Suite.

Don’t worry if the Balmoral is out of your budget. We have plenty of suggestions for hotels in Edinburgh and you’ll also want to get some inspiration from our recommended things to do in Edinburgh.

7. Hogwarts in Glasgow? The University of Glasgow

Whilst it was actually Alnwick Castle in the North East of England that was used for the exterior shots of Hogwarts in the first few films, pretty much everyone who sees the University of Glasgow’s main building is struck by its uncanny resemblance to Hogwarts.

Not only does it look the part from the outside, but it also has a courtyard inside that looks a lot like the spot where Harry first learned to fly his broomstick in the first film.

You can visit both Glasgow and Edinburgh as part of our Two Cities tour! 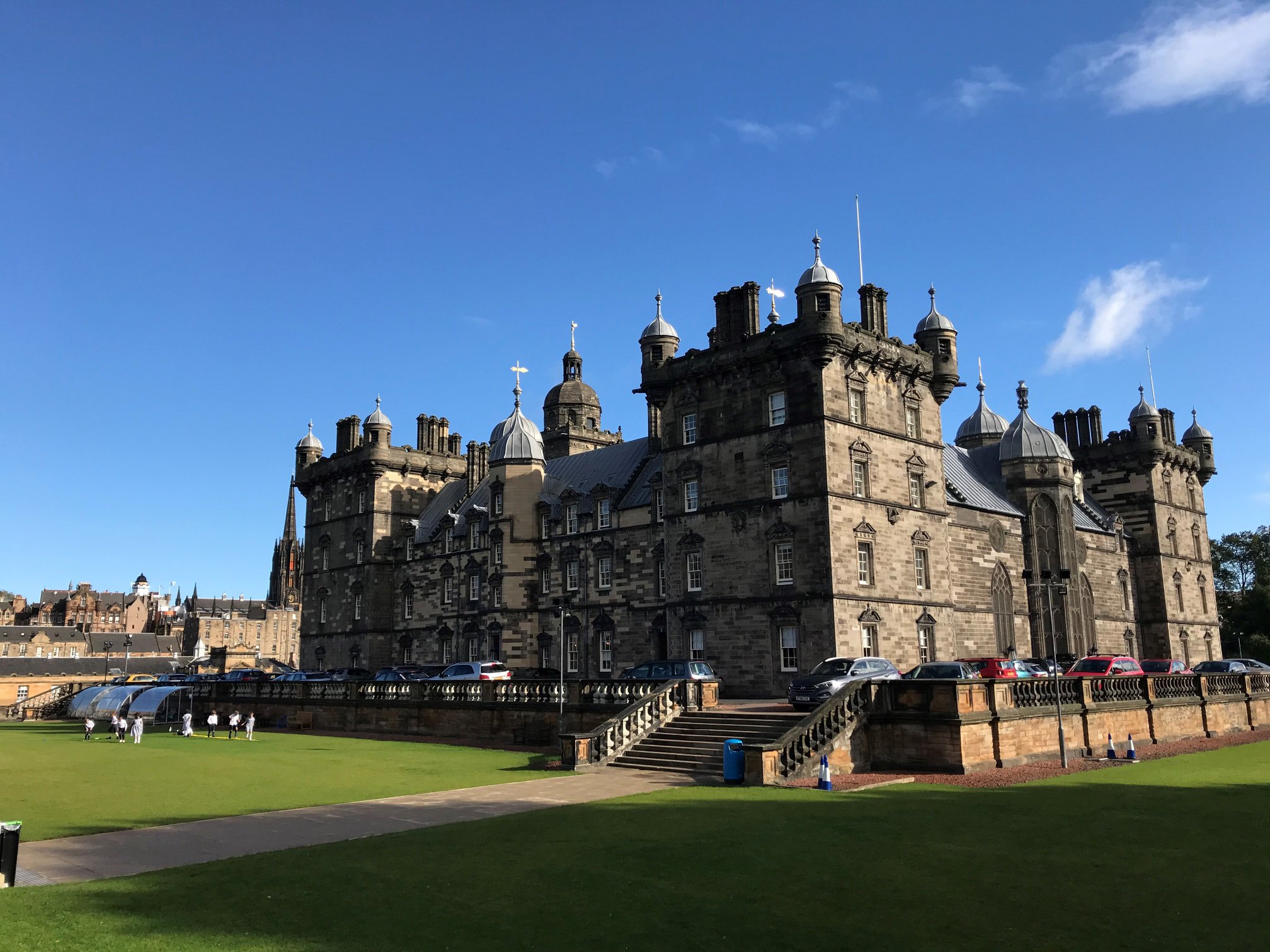 The University of Glasgow bears a striking resemblance to Hogwarts in the films, but George Heriot’s School is actually the school that inspired J. K. Rowling for her books. It was visible from her preferred writing spot in The Elephant House café (more on that below).

George Heriot’s School is a beautiful old building with turrets that make it look a lot like a castle, and it dates back to the early 1600s. Rowling has also said that she based Hogwarts’ different houses on the house system used at George Heriots.

The school isn’t usually open to visitors, but you can certainly get a good look at it from The Elephant House café.

9. Steall Falls from the Goblet of Fire

Whilst exploring the stunning Scottish Highlands, enjoying a short walk to Steall Falls might remind you of a particular moment in the film Harry Potter and the Goblet of Fire.

There are many other locations in the Highlands to visit for Harry Potter scenery, including Loch Etive, Loch Morar, and Loch Eilt, and Rannoch Moor.

10. Birthplace of Harry Potter: The Elephant House in Edinburgh

This charming little café has a pretty great claim to fame: it is, arguably, the ‘birthplace of Harry Potter’. It has even written this on its window!

There’s actually a lot of truth to this claim as The Elephant House was the café J. K. Rowling escaped to when she was writing the first Harry Potter novel.

Some writers need to get away from home to get their creative juices flowing and Rowling has said in the past that the café was a great place for her to write Harry Potter.

If you want to visit the place where the entire Harry Potter World was first built, then The Elephant House is an absolute must. Don’t miss out on the Harry Potter-themed graffiti in the toilets!

There are so many different reasons to visit Scotland, but we think a dedicated Harry Potter tour is as good a reason as any!

If this kind of trip interests you, please check out our tailor-made Scottish tours page. On it, you can tell us about your ideal tour of Scotland. If you want to see a few of the locations mentioned in this blog, make sure you include them. And if you have any questions for us, please don’t hesitate to get in touch. Plan your perfect Harry Potter holiday with Inspiring Travel Scotland!

This post was originally published in August 2018 and was updated in June 2021. 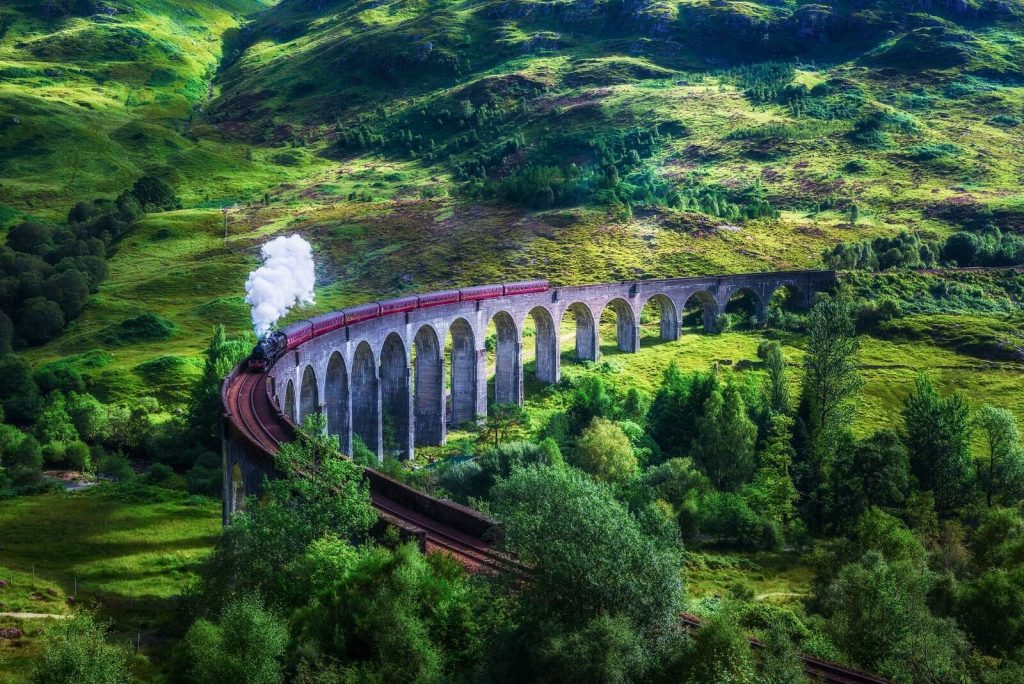